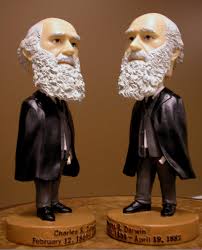 In his blog post entitled “Thank God for the New Atheists?”, Dr. Al Mohler spars with Michael Dowd, who recently advocated the rejection of the historical Christian faith  and the embrace of evolution  here in Oklahoma City. What caught my attention was one particular strand of argument Dowd employs. Responding to comments made by Mohler, Dowd expressed sympathy for Mohler’s ignorance and backwardness. He went on to say:

“Ours is a time of space telescopes, electron microscopes, supercomputers, and the worldwide web….This is not a time for parsing the lessons given to a few goatherds, tentmakers, and camel drivers.”

Dowd’s statements struck me because I have been reading Chesterton’s Orthodoxy. In a section I just read, he has the following to say about precisely this sort of reasoning:

“An imbecile habit has arisen in modern controversy of saying that such and such a creed can be held in one age but cannot be held in another. Some dogma, we are told, was credible in the twelfth century, but is not credible in the twentieth. You might as well say that a certain philosophy can believed on Mondays, but cannot be believed on Tuesdays. You might as well say of a view of the cosmos that it was suitable to half-past three, but not suitable to half-past four. What a man can believe depends upon his philosophy, not upon the clock or the century.

Dowd is obviously not the first proponent of evolution to urge his listeners to shed their backwards ways and embrace the modern. We’re left to believe that it is better precisely because it is modern and “scientific.” But Chesterton cuts to the heart of the matter:

“If a man believes in unalterable natural law, he cannot believe in any miracle in any age. If a man believes in a will behind law, he can believe in any miracle in any age. Suppose, for the sake of argument, we are concerned with a case of thaumaturgic healing. A materialist of the twelfth century could not believe it any more than a materialist of the twentieth century. But a Christian Scientist of the twentieth century can believe it as much as a Christian of the twelfth century. Therefore in dealing with any historical answer, the point is not whether it was given in our time, but whether it was given in answer to our question.”

Dowd sincerely believes that he and the New Atheists are the prophets of change; they are twenty-first century saviors. They will deliver us from our backwards ways; they will loose the chains of ignorance in which we are bound. It seems to me, rather, that they are more proof that there is truly nothing new under the sun.

Cornerstone Presbyterian is a church devoted to cultivating a deep faith of vibrancy and integrity centered on the Triune God. We are also committed to serving the people of Castle Rock. Whether you are curious to explore historic Christianity, or you are an earnest believer seeking to live out a weighty Biblical faith, you are warmly invited to join us.